Located, as it is, in a county that places extraordinary emphasis on education, HLF has a special interest in historic schools. Lexington’s two nationally known colleges, Virginia Military Institute and Washington and Lee University, are strong, generous supporters of HLF and its activities. For its part, the Foundation strongly supports sites and programs associated with the history of public education in the county.

HLF has committed $10,000 from the Lyle-Simpson Preservation Fund to the restoration of the Hamilton School in southwest Rockbridge County. Hamilton, which dates to 1823, was a one-room log schoolhouse that remained in use until 1928. It has recently fallen into disrepair and requires everything from a new roof – the target of the HLF grant – to a new foundation. Most of the labor to restore the building is being contributed by volunteers. When the project is complete, Hamilton is likely to become a community resource and museum. 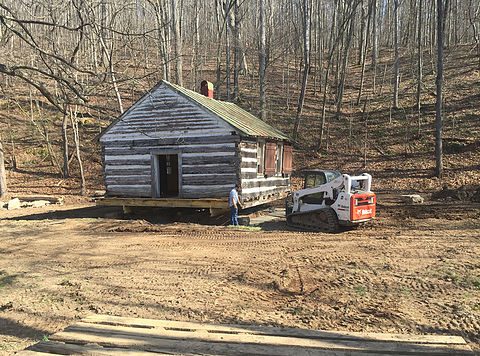 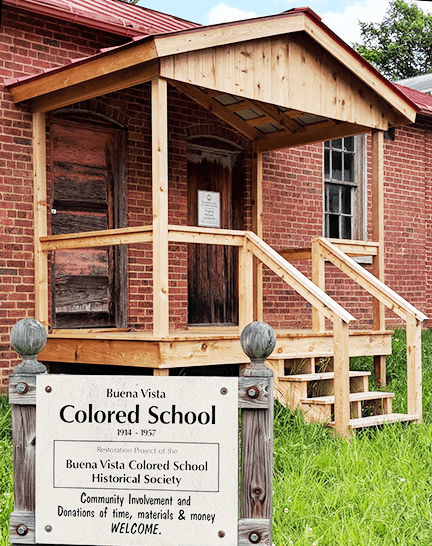 HLF contributed funds to rebuild the porch, columns and entryway to Buena Vista’s abandoned African American school, built in 1891 but destroyed by fire and rebuilt about 1915. As public-school segregation in Virginia slowly came to an end, the school closed in 1957. The present restoration was spurred by Irma Thompson, who not only was a pupil but later taught there for many years. On her centenary birthday, Ms. Thompson – now 101 years old – asked for no gifts; well-wishers, she said, should instead make donations to the Colored School.